Writing Ins and Outs: The new issue of The Project for a New Mythology arrived in my mailbox this week, featuring my story “Mindgames.” That was exciting to get. Meanwhile, I found out the story I submitted for the Touched anthology was rejected, so I’ll start looking for a new home for that story. 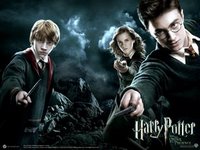 Potter-mania: Sometime in the next 48 hours I will see Harry Potter and the Order of the Phoenix and I am psyched about that. Can someone explain though how the longest of the books becomes the shortest movie? From what I’ve read so far it sounds like the streamlining turned out well, but it’s still weird how that worked out. And, by this time next week I should be holding my copy of Harry Potter and the Deathly Hallows. All I can say is “yay!”

Subway Riding: It’s been a weird week on the subway, possibly because this was the first really hot and muggy week we’ve had this summer. In particular there have been a number of people getting cranky about the space they’ve got in the seats. I ride the 1 daily and this train has seating that’s pretty defined, so you know what space you’ve got. There are always people trying to take more than their space, and that’s just the way it is… but riders have gotten aggressive with squeezing into seating… Sitting down and attempting to shove people over on either side of them, even if there isn’t space to do it. I’ve been expecting to see fights breakout a couple times as the verbal exchanges get pretty intense. It is annoying when it happens and I try to become more of an immovable force when it happens to me… and I wonder why these people try to sit in a place where they cannot fit comfortably.

Cool Down: I really hate heat and humidity (who doesn’t really?) and summers in NYC can be really bad with all the concrete holding the heat in. But there is something magical when, after a two or three days of really gross weather, it breaks and you get a blast of cooler, crisper air. That happened on Thursday, it was just a splendid day, like fall came in for a few hours. It’s almost worth the heat to get the feeling of that snap. 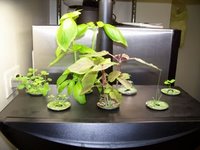 AeroGarden Update: Wow… this garden just keeps growing and a rapid rate. The basil is doing so great, especially the green basil, although the purple basil is right behind it in growth. Since I wrote two weeks ago, all of the plastic domes have come off the plants that are actually growing (I’ve resigned myself to the fact that dill is simply not going to grow). Even better is that the basil smells like basil so the kitchen smells great all the time.

525,600: On July 31 I make a trip back to the Nederlander Theatre to see Rent for the first time in about 18 months. I love this show to an extreme degree (this will be my 11th time to see it). Usually my trips to the show are more spontaneous, but this summer is special because Anthony Rapp and Adam Pascal—the original Mark and Roger—are back in the show for a couple months. I’m giddy with excitement! Rent will be the “Geek Out” on August 3 to celebrate.