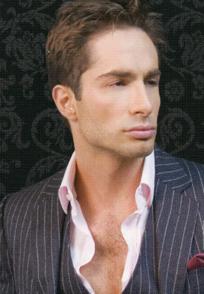 I know that Michael Lucas is a bit of a diva (a bit?) and rubs some people the the wrong way (*heh* rubs) but I personally think he’s fabulous, and not just because I agree with him on celebrity outing. He’s what he has to say about Anderson Cooper:

By coming out, Cooper could send the following message to the heterosexual world: “You’ve acknowledged that my professionalism makes me worthy of respect and prestige. I happen to be gay. Please remember not to disrespect other gay people because of their gayness. It’s too important for society that they fulfill their potential without having to push against the barriers anti-gay prejudice creates.”