My What Big Muscles You Have

Okay, time to take a break from the hockey. Tonight we went to see the finals in the Physique competition for men and women in the under 50 age bracket. I have never seen so many people with so huge muscles before. Both the men and women were quite amazing with how much they had toned their bodies, and how much effort and style they put into their programs.

For Will it was extra special because Chris Geary and his boyfriend Erick DeChavez were there. Will is a big fan of Chris’ website and Chris was there documenting Erick competing. We were able to get a picture of Will with Chris during the intermission. We also shot video of Erick’s program (it’s a large file, but certainly worth the look). 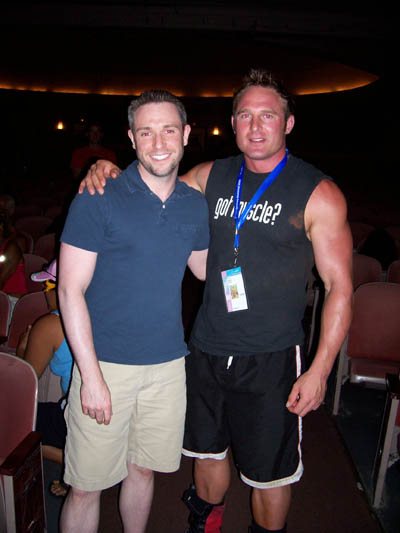 And here is a look at the men who were in the competition for best all around. They guy on the far left was the ultimate winner. Not a big surprised, just look at how huge he is! 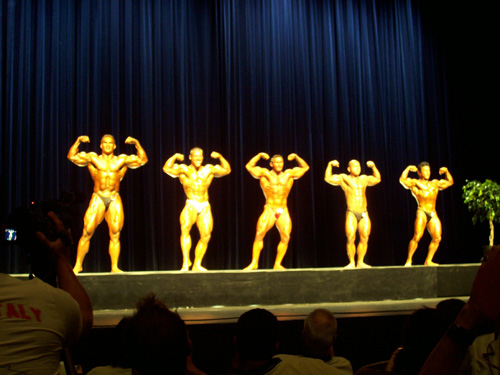