We started out today with some sightseeing. We went back to the Olympic stadium this morning to go up to the observation deck. 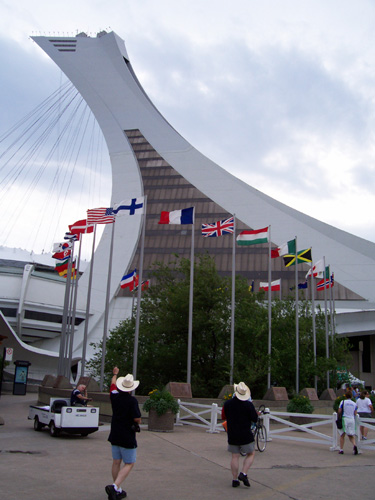 The tower on the stadium is the world’s tallest leaning tower, and we rode the scenic elevator up and checked out the Montreal skyline. It was a beautiful morning to do it too because it was crystal clear. 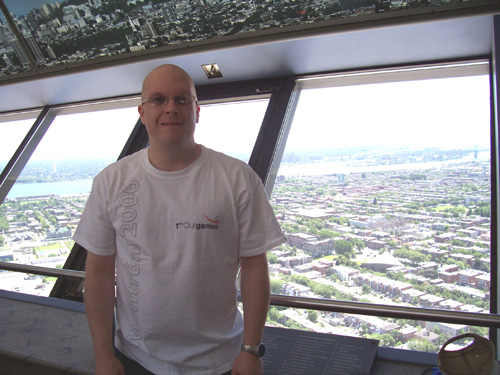 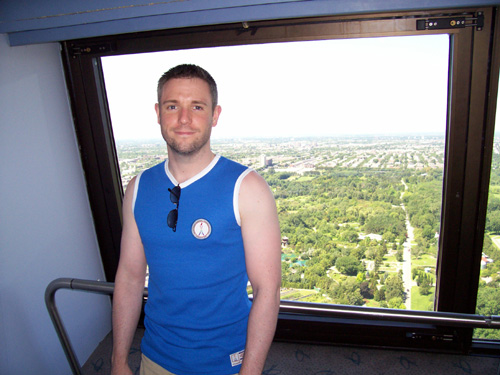 After that jaunt, it was off to the rink for the first time for the practice the Wizards held against the other NYCGHA team, the Phantoms. We played for about an hour and beat them 9-4, and we had no goal tender because he was resting up the shoulder he hurt about 10 days ago. We decided it was far better for him to rest up, then play the practice. I enjoyed playing on my line a lot, with Jeff Kagan, who I’ve never gotten to play with before, and Kevin, who I just met. 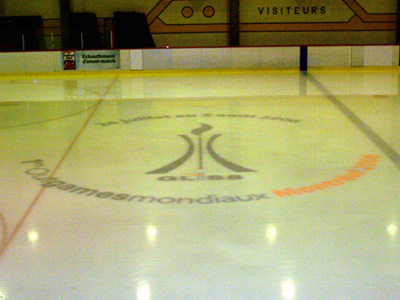 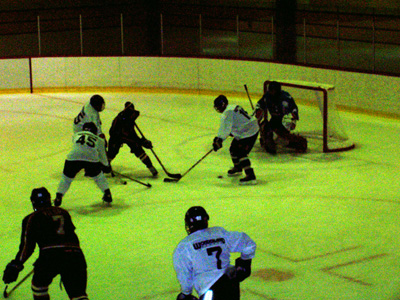 It’s very cool that they inlaid the Outgames logo into the ice. The rink is very cool too. It’s not at all like Sky Rink. It strikes me as the kind of facility that if I’d played as a kid in Michigan, I would’ve played at a place like this. Very low tech, all this place does is play hockey. I’m going to try and get more pics of the facility tomorrow to just show what I mean by this. The ice was also a treat. What we were skating on at the end of our practice game was better ice than what we can sometimes start with at Sky Rink, especially over the summer. I guess it helps this rink isn’t built over a parking garage and there are now windows around to let sunlight in.

Tomorrow is the real deal. We play Vancouver around 2pm.