Jeff played in the NYCGHA’s Chelsea Challenge Tournament, in late June. Gay hockey players from across the North America (and even one from Spain) came to NYC to play. Jeff’s team — Team Red — made it to the semifinals before being eliminated by Team Blue. 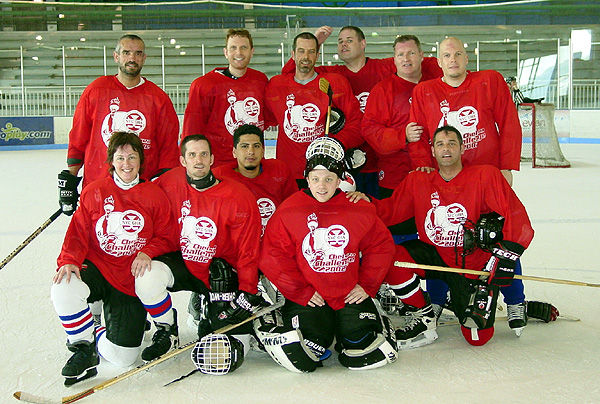